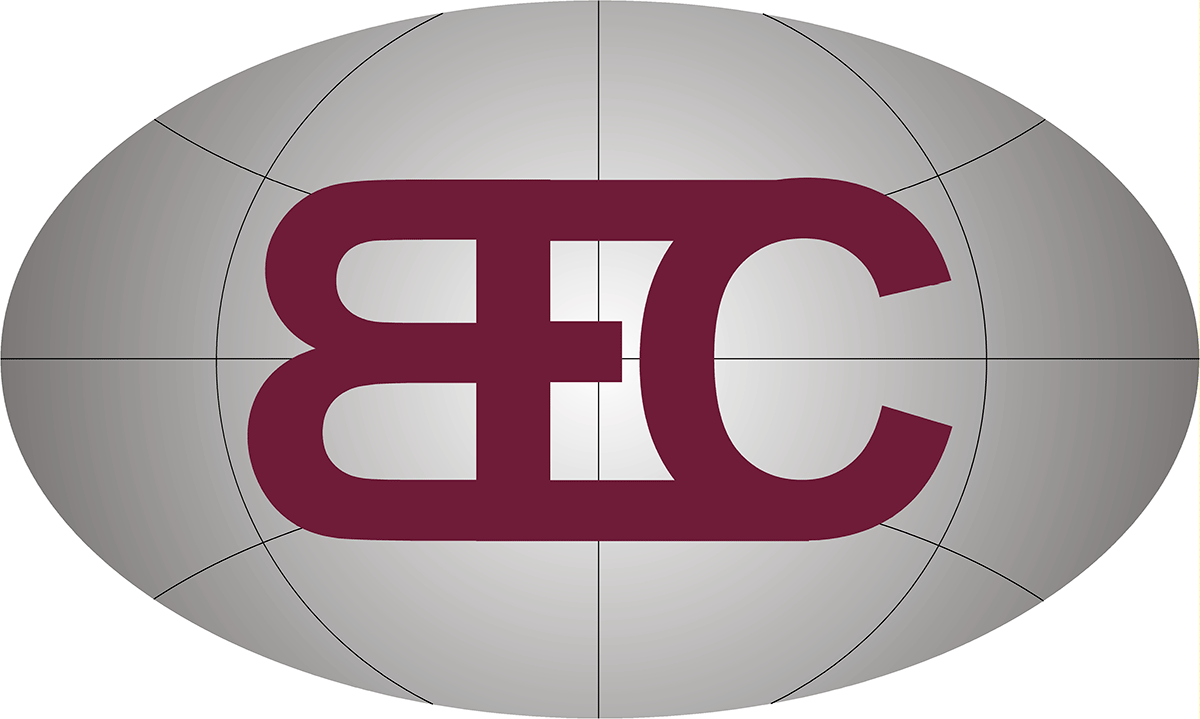 Bissau Exploration Company (BEC) is a UK private company set up to focus on exploration opportunities in Guinea Bissau. In 2017 BEC signed a joint venture agreement with Petroguin – Guinea Bissau’s NOC – and in 2018 the Bagre PSC was officially awarded to the Company. Bagre covers block 4B of c. 3,000 sq km in the deep water of the MSGBC basin but importantly it is directly on trend to the Sangomar field in Senegal. The carbonate shelf edge that defines the Sangomar structure can be mapped running due south through block 4B and thereby offering prospective opportunities on the Shelf akin Sangomar and in the basin akin the Fan discoveries. 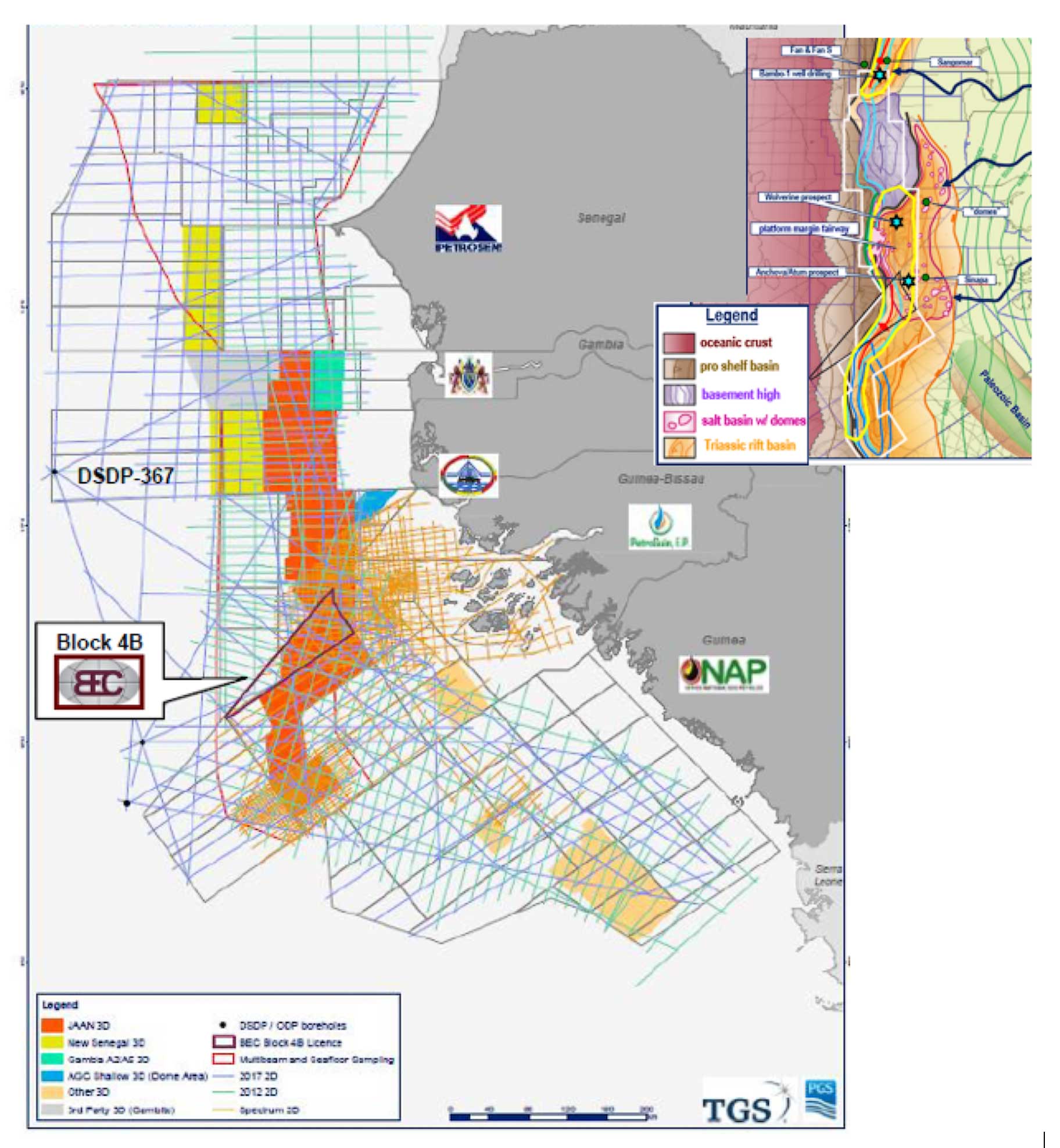 As of 2022 BEC has completed its first 4 years work programme and has applied for a two year extension to the licence due to COVID delays, thereby leaving a drilling decision until 2024. During the initial four year period the Company has, through a deal secured with TGS, gained access to a large multi client seismic data base consisting of 2D, 3D and sea bed cores. A total of 2,680 sq km of 3D on the block has been mapped and this is supplemented by a further 1,181 sq km of 3D seismic immediately adjacent to the block and 2,878 km of regional 2D data allowing key wells to be tied in. The seismic database is shown in the map above. With a regional interpretation and the detailed mapping on block, including AVO studies, BEC is now ready to farm the Bagre concession out to a deep water operator in preparation for an exploratory well.

A well in block 4B depends on exact prospect location but current costs are c $50m. BEC has 100% paying interest which covers PetroGuin’s 10% carried position. Fully mapped and evaluated prospects are identified on the Shelf edge with a Neocomian fault block and in the basin at three stratigraphic intervals. There is a large Barremian deep water fan, sand waves in the Aptian and large channel complexes in the Albian section. All the basinal plays have AVO anomalies and for the Barremian prospect the AVO and impedance anomalies are coincident with structural closure. Every prospect has resource numbers measured in excess of 500 MMBbls and for the Barremian the resource is over a billion barrels.

To establish the prospectivity, BEC has utilised ‘best in class’ independent contractors to undertake bespoke work such as an Atlantic margin reconstruction of this pivotal part of the African margin, a comprehensive data basing and review of source rocks and their maturity across the MSGBC, and inversion and AVO work of the basinal plays where well calibration is limited. Reports from these contractors, including Wealden, Integrated Geochemical Interpretation (IGI), Down Under Geophysics (DUG) and Nolan Geoscience are all available via a data room.